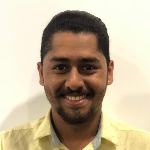 After I completed my undergrad, I got an offer to work at Capgemini Technology Services India Limited, Bangalore, and am still working at the company for about 3 years. After three months of intensive training, I was assigned to work for the third largest bank in Australia, ANZ. My team was responsible for ensuring seamless operations of their business-lending services across Australia named ESANDA (English, Scottish, and Australian Bank). As a part of the Testing Team, I effectively understood the requirements and ran diagnostic tests on the Lending system, which was designed in IBM-AS400. I was also able to rework these checks after identifying critical loopholes in the process. Afterwards, I worked in performing Test Automation, repairing a failed test suit, which automated 100% of the manual work done in the ESANDA Lending system. I also successfully completed the repair and rework of the code which was created on a course of two years in just 1.5 months, also handling the issues either remotely or by coordinating with multiple onsite teams. In time, my efficiency and communication skills got me a prime role in daily client interactions. I received the ‘Rising Star’ award for an exceptional performance in 2017, though I was an only a Junior Software Engineer. In my tenure at Capgemini, I have mentored a group of three people who joined newly after the training.